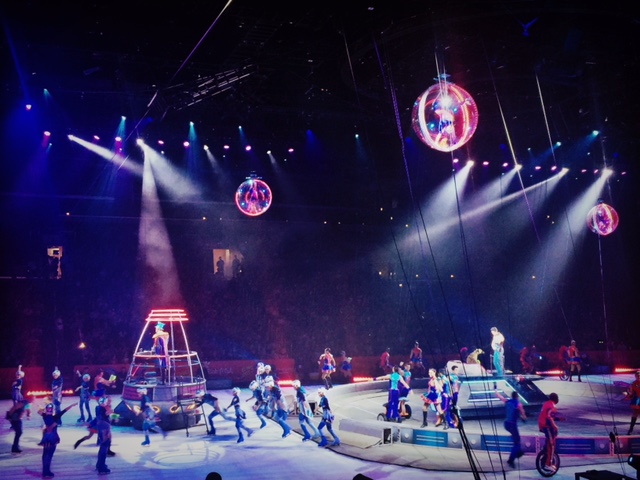 The circus is in town!  I had an incredibly fun night last week at the Premiere of Ringling Bros. and Barnum & Bailey presents Out Of This World! This was a completely new genre of circus with the brand’s first-ever character-driven storyline.  I grew up going to Ringling Bros. and Barnum & Bailey at the Oakland Coliseum and I can’t believe how much the show has changed since I was little.  With ice performances that invited us to follow a heroic quest of good versus evil on an intergalactic adventure, this was an amazing performance that mesmerized kids and grown-ups alike. 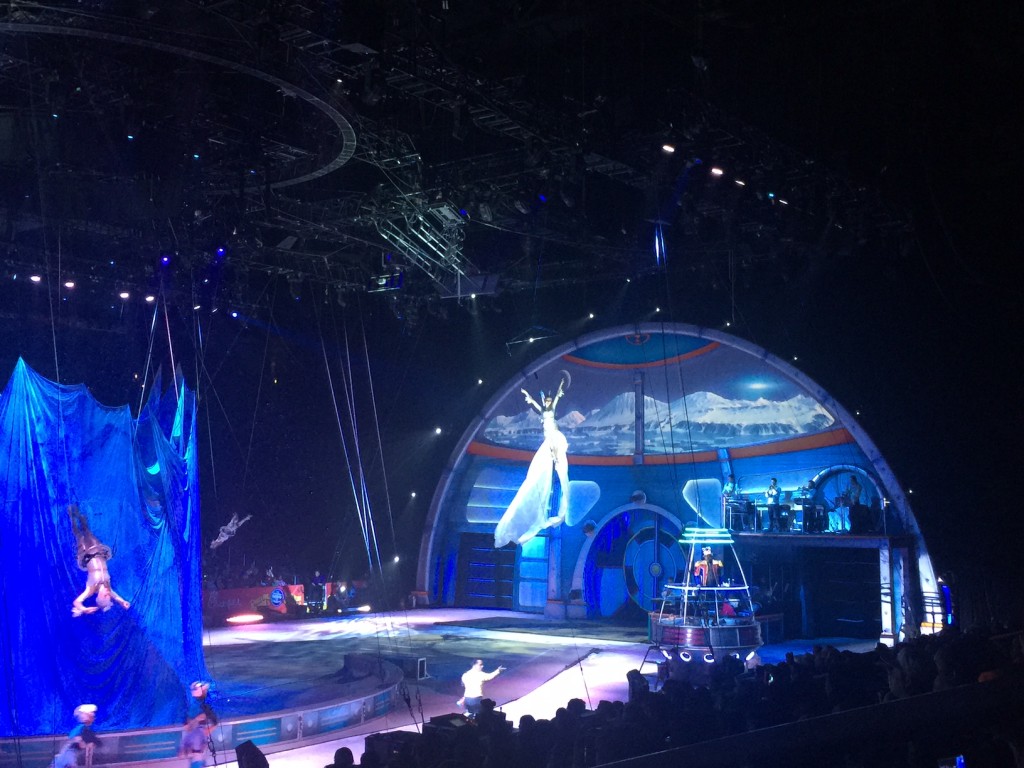 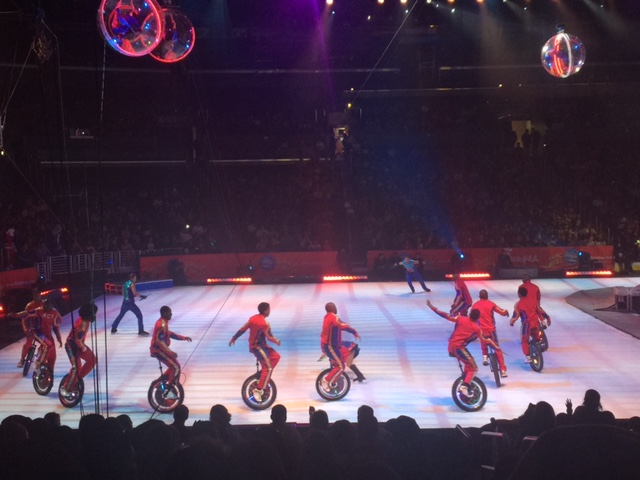 From the moment the show began, we were transported to outer space as the Simet Wheel performers embarked on a gravity-defying spacewalk. Making its U.S. debut, the Simet Wheel requires incredible balance and artistry, which performers demonstrate as astronauts exploring the galaxy. The only performance of its kind in the world, the Simet Wheel combines the skill of tightrope walking with the added challenge of a rotating wheel.

The adventure continued as Ringmaster Johnathan Lee Iverson and Starseeker Paulo dos Santos invited the audience to join their intergalactic journey and follow along as they traveled to planets of sand, water, fire and ice, battling evil Queen Tatiana on a mission to rescue the greatest and most talented circus stars.  I had such a wonderful time at Out Of This World!

Ringling Bros. and Barnum & Bailey Presents Out Of This World will travel throughout the United States on a multiyear tour, including stops in Chicago, Denver, Miami and Atlanta. For a complete list of tour dates and locations through March 2017 and to purchase tickets, please visit the Ringling Bros. website (www.Ringling.com).

Also, there is a free, all-new Ringling Bros. mobile app  which helps keep families connected before, during and after the show. The app allows fans to customize and share memories on social media, as well as unlock exclusive content during Starseeker’s Early Access, which starts one hour prior to the show. Free to ticketholders, Starseeker’s Early Access provides guests with a peek backstage to see how Out Of This World prepares to launch and meet performers as they interact in the seats, on the concourse and from the arena floor.

**I was provided with free tickets for this event but, as always, all opinions are my own**

I should know better than to pack beauty products for New York Fashion Week; I always end up trying the…