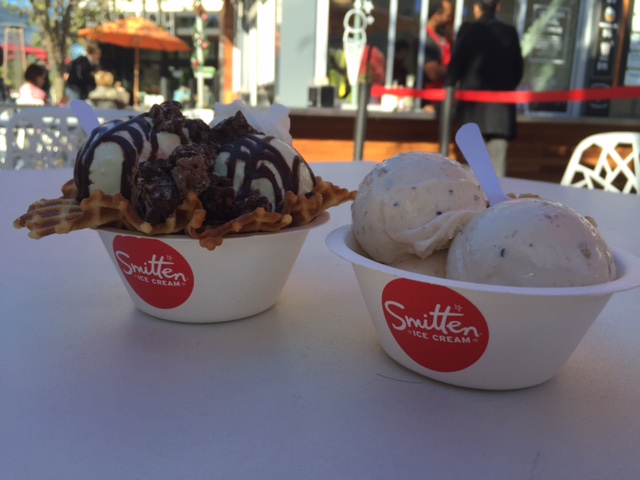 You scream, I scream… As a confirmed ice cream obsessive, I am beyond excited that Smitten, the beloved San Francisco-born shop known for its churned-to-order house-made scoops, has brought its cult favorite ice cream down the coast to open its first Los Angeles location in El Segundo at The Point.  I visited the shop last week for the grand opening and fell head-over-heels for this rich, creamy delight. 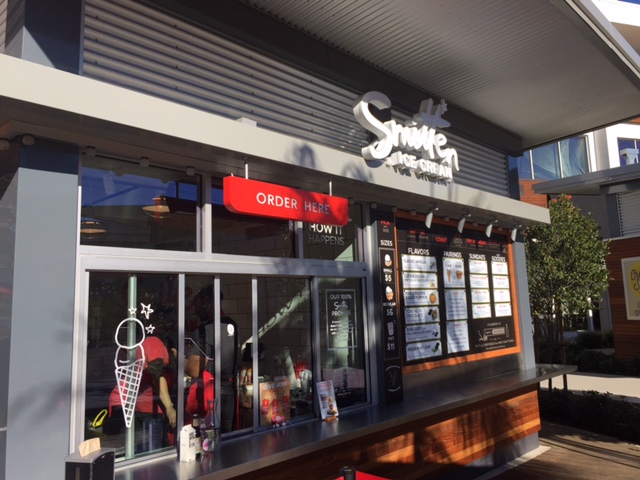 Smitten Ice Cream has its roots in the streets of San Francisco, where, in 2009, founder Robyn Sue Fisher began selling her ice creams out of a Radio Flyer wagon that carried her prototype (and now patented) liquid nitrogen-enabled ice cream machine. Smitten now has five bustling Bay Area shops and is known for serving made-to-order ice creams using only the best, locally sourced ingredients.  The idea for Smitten was born out of a young girl’s ice cream dreams. Robyn grew up in Wayland, MA obsessed with ice cream. After attending Stanford Business School, she turned away from a career in the corporate world to pursue her dream of a career in ice cream.  She put her life’s savings into researching how to make the best ice cream using the very best ingredients and then into creating her own machine to do it. In 2007, she patented the Brrr™ machine — a one-of-a-kind ice cream churner that uses liquid nitrogen and double helical mixers to make the smoothest, creamiest ice cream, made to order in just minutes. 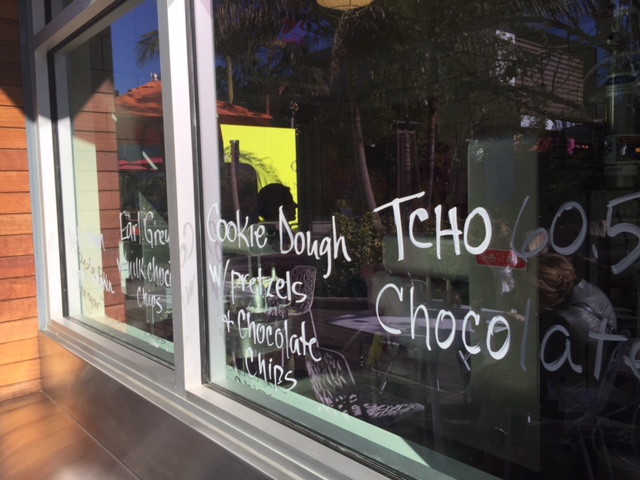 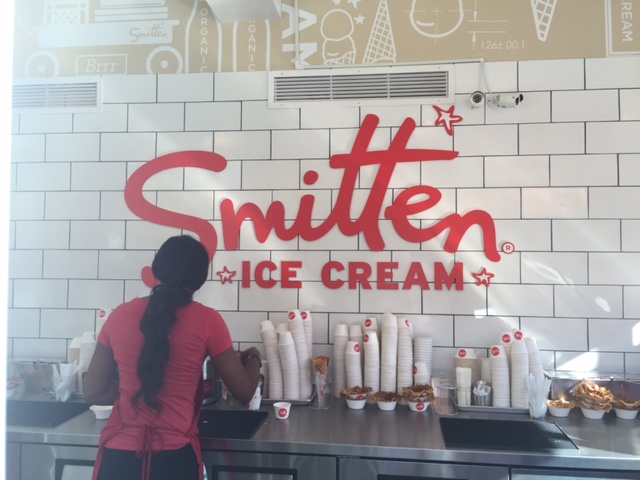 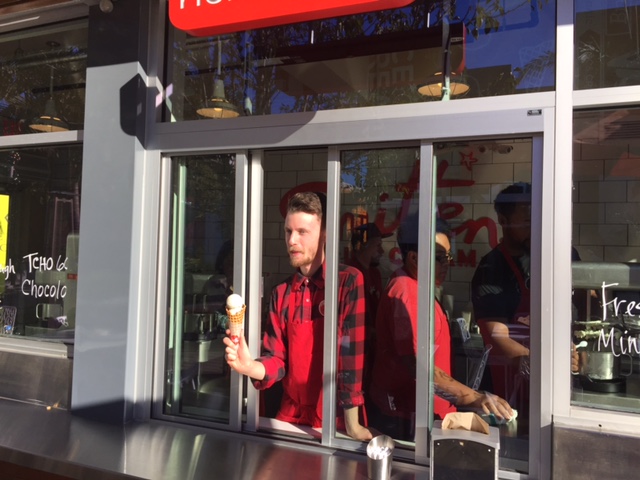 Robyn started Smitten on a red Radio Flyer wagon, showing up at different locations throughout San Francisco and alerting followers via Twitter. Soon lines formed daily, buzz started spreading and the media took note.  In 2011, she opened her first brick and mortar location in Hayes Valley;  a rusted-out shipping container that the company transformed into the ultimate ice cream shop. San Franciscans continued to fall in love with Smitten, with fans throughout the city asking for one in their neighborhood. Over the next several years, Robyn opened four more locations throughout the Bay Area 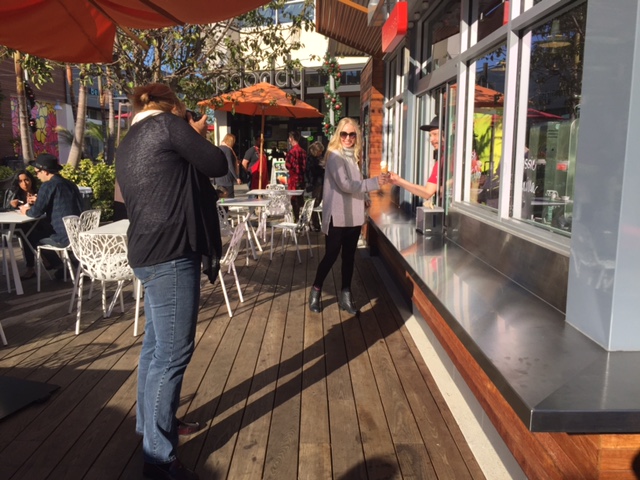 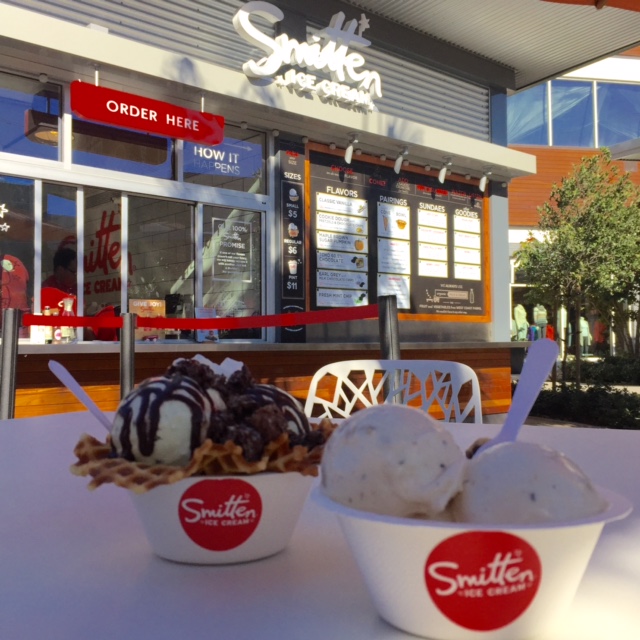 Smitten’s new location at The Point offers the shop’s signature ice creams from classic flavors like Fresh Mint Chip to irresistible and innovative flavors like Cookie Dough with Pretzels and Chocolate Chips and Earl Grey with Milk Chocolate Chips. The menu will feature one rotating chef-inspired seasonal special, which can range from Strawberry White Balsamic in early summer to Crème Fraiche with Pear Caramel in the fall and Blood Orange with Pistachio Cookies in winter. The seasonal special being churned through December will be Maple Brown Sugar Pumpkin.

This is the first my legs have seen of the sun in quite some time! We had such gorgeous Spring…