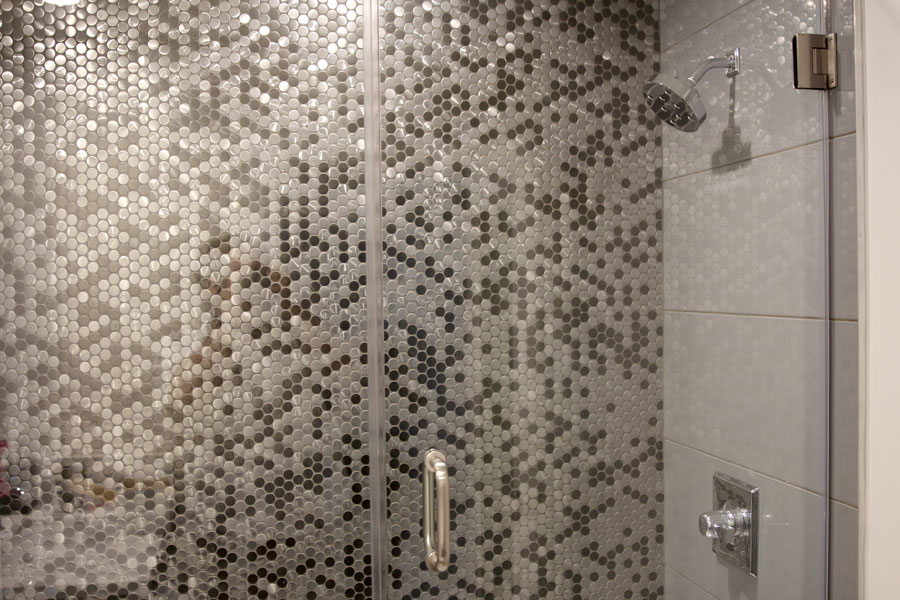 Of all the areas I’ve worked on during my home remodel, the downstairs hallway bathroom is one of my favorites.  This bathroom, along with the hallway, didn’t exist in the original house but was part of my vision to unite the lower level (which had been a rental apartment) with the upper level to create one two-level home.  Creating this bathroom and hallway was difficult due to our structural constraints and the fact that we have beams, which hold up the entire house, that run through the lower level.  Here’s a shot taken about 18 months ago looking into the hallway and entrance to this bathroom: 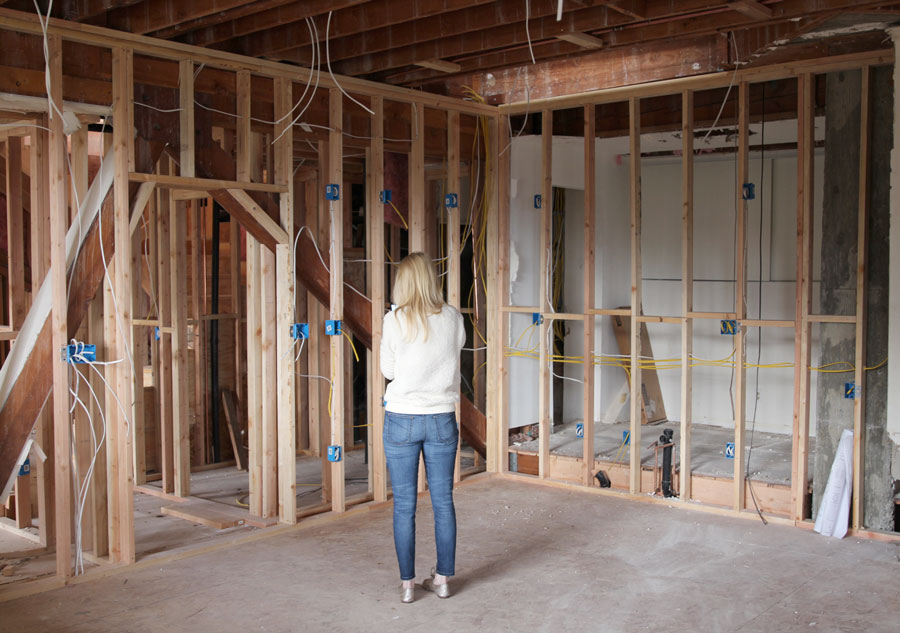 Since this bathroom doesn’t have a window and is fairly dark, I decided to use reflective metallic tiles and chrome fixtures to brighten it up.  I originally installed all Delta fixtures in the shower, which look pretty and have been wonderful, so I was especially excited to try out the new Delta H2OKinectic Shower Head.  I’m happy to report that the installation was incredibly quick and easy and I was able to do it myself in a few minutes! 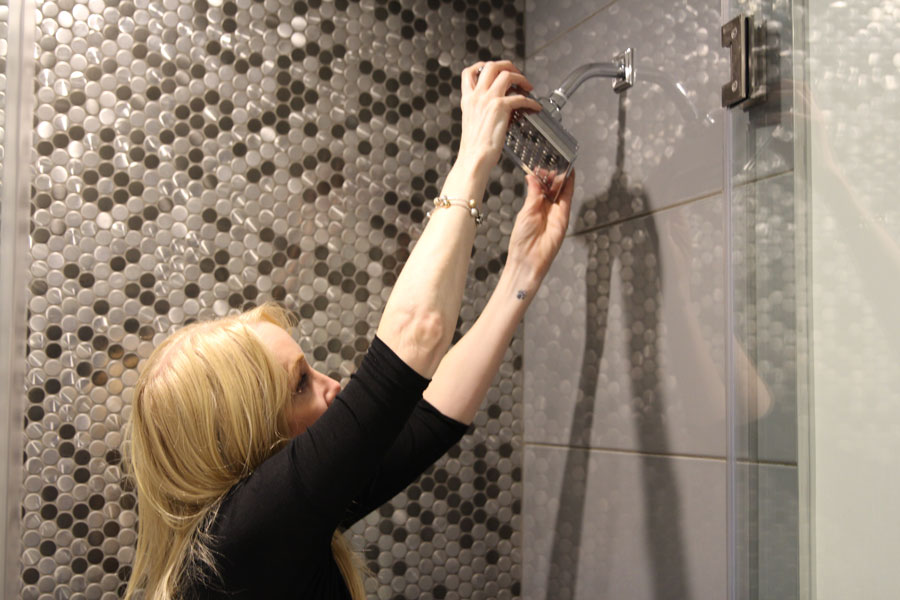 (I didn’t even need any tools to uninstall my old Delta Faucet Shower Head!) 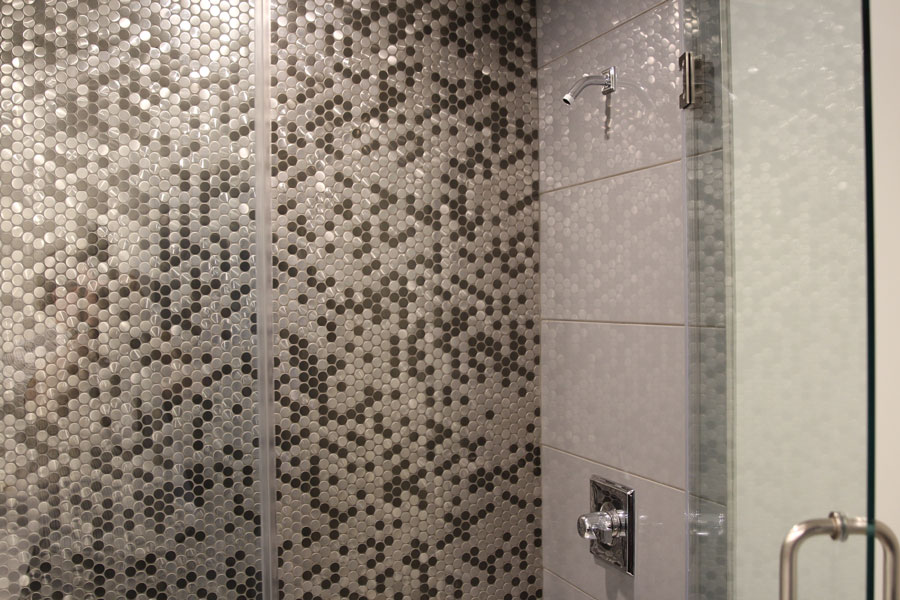 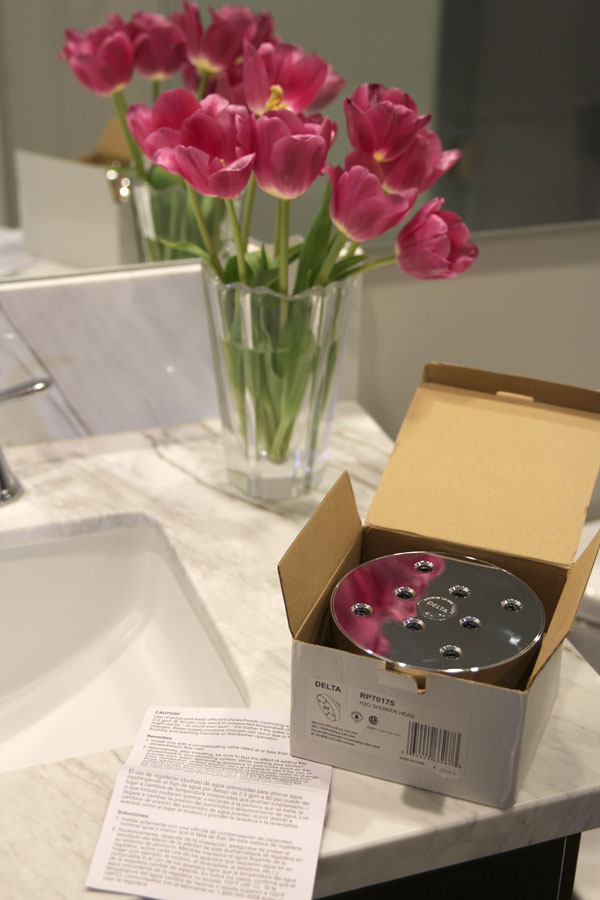 This Delta H2OKinectic Shower Head is different from my last shower head because it promotes water conservation with H2OKinetic Technology, which sculpts the water into a unique wave pattern, giving the feeling of greater water flow without actually using more water.  Delta’s H2OKinectic Technology provides a unique shower experience because each shower head and hand shower contains an internal system that controls the speed, movement and droplet size of the water that passes through it, which creates the feeling of more water than a standard shower flowing at the same rate.  Also, it looks amazing in my bathroom. 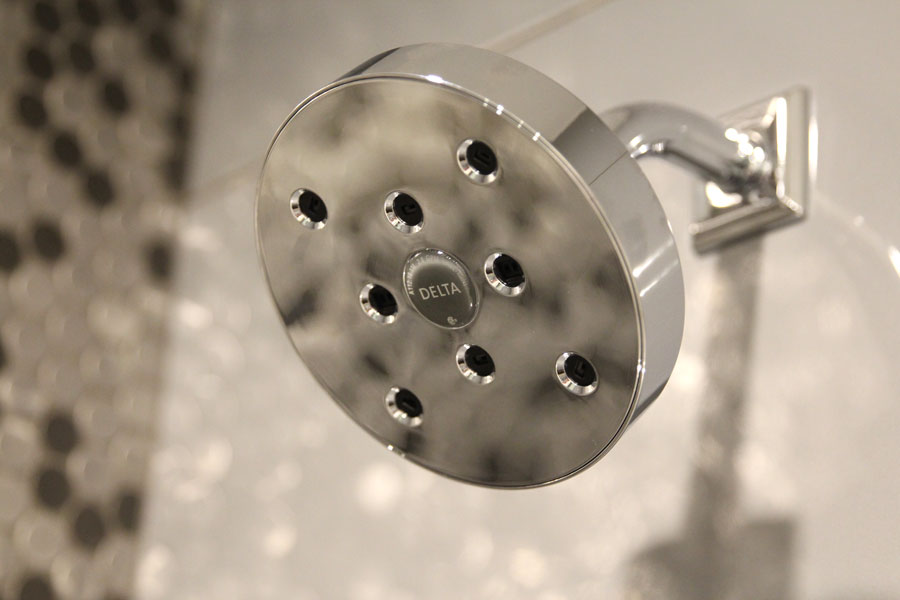 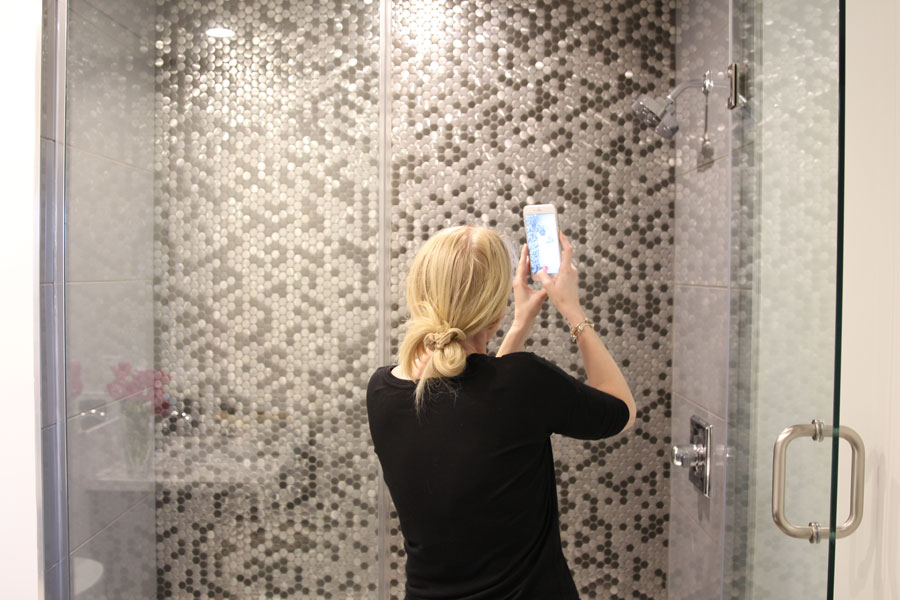 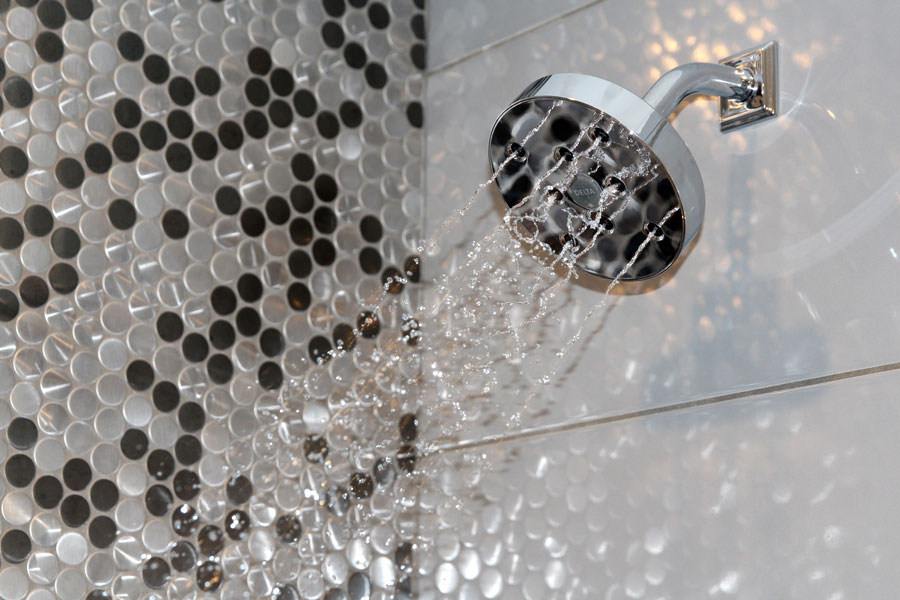 (Such a beautiful addition to my bathroom!)

Honestly, the real beauty of this shower head is in the performance.  You know that feeling when you’re traveling and have a great shower in your hotel room and you wish you could have a shower like that at home?  The Delta H2OKinectic Shower Head feels just like that and I’m so glad I made the change.  See What Delta Can Do.

Can you tell I’m a little bit freezing in this picture?  Even though the sun was out in LA this…