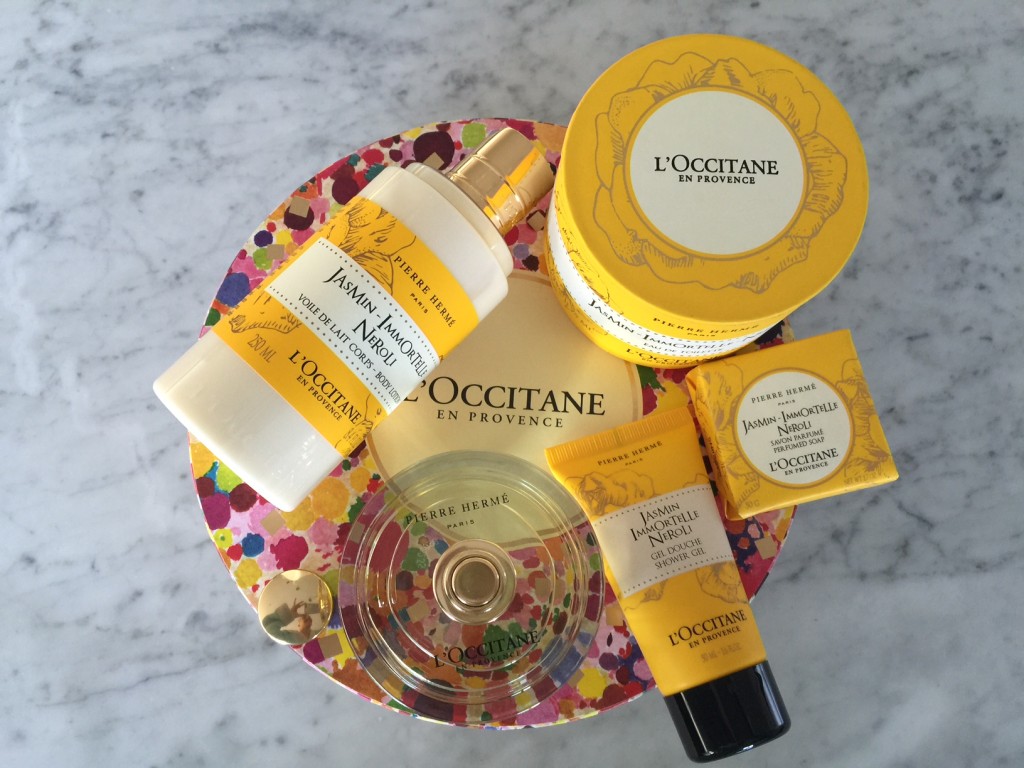 Love at first whiff… I’m definitely a perfume girl but, somehow, today was my first time trying a fragrance from L’Occitane and now I’m head-over-heels over their latest “Jasmin-Immortelle Neroli“.  I walked in to L’Occitane today looking for gift ideas and ended up buying this set for myself and then heading straight home to surround myself with it.

Described as luminous, angelic, sensual… The Jasmine-Immortelle-Neroli fragrance is both innocent and heady.  Composed by Pierre Hermé, who is known as the “Picasso of Pastry”. Hermé began his career at the age of 14, working as an apprentice for Gaston Lenôtre, where he excelled in his training. Ten years later, his name had spread throughout the world. With pleasure as his only guide, he revolutionized even the most firmly entrenched traditions and invented a world of tastes, sensations and pleasures. In 1997, he founded the company Pierre Hermé Paris with Charles Znaty, establishing himself as the creator of Haute-Pâtisserie.In 2015, his friend, Olivier Baussan invited him to compose a collection of scents just the way he wanted. “When I created these fragrances, it all came down to taste.” The result? Beautifully crafted complex fragrances, living memories of the lands of the Mediterranean and the island of Corsica so loved by both men. 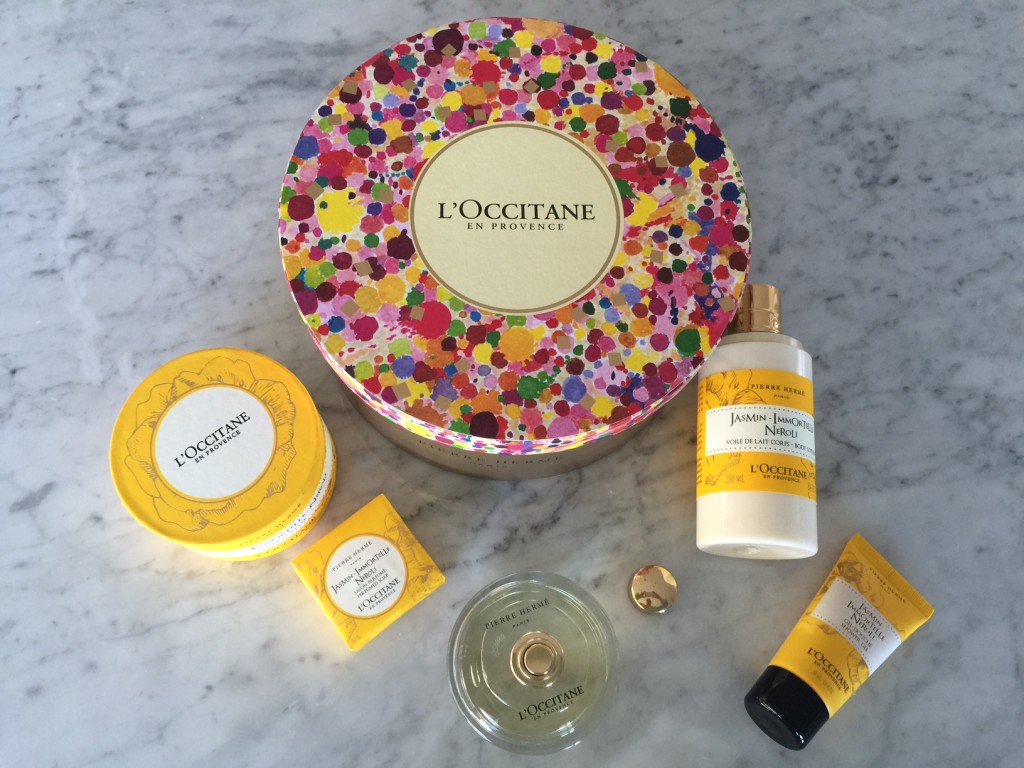 This is such a beautiful fragrance to treat yourself with or to give as a special gift.  As an added bonus, L’Occitane has partnered with Dress for Success, an international not-for-profit that promotes economic independence for disadvantaged women by providing them with professional attire, a network of support and career development tools to help them thrive in work and in life. $10 of each gift set marked with the Dress for Success logo will be donated to help outfit a woman for her next job interview.

Taking every opportunity to wear Summer whites before packing them away for the Fall.  Inspired by a weekend spent looking at…