I love a good scarf, and if you know me then you can probably guess one of my absolute favorite kinds—the infinity scarf. This look has shown up everywhere from Game of Thrones to the runway. It’s safe to say this type of scarf is pretty popular with the teens, twenty-somethings, thirty-somethings, and beyond. And with a bevy of diverse patterns, prints, styles, and knits, it’s a type of scarf that looks good on everyone.

With autumn just around the corner, scarves are popping up left and right. Fall fashion inspiration comes from the most unexpected places, from pumpkin spice lattes to the sound of leaves crunching under your boots. 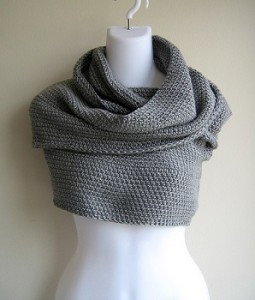 The Art of the Infinity Scarf

A relatively recent trend, the infinity scarf is aptly named, as its material forms an infinite loop. Creating this effect with normal scarves is a bit trickier. The traditional scarf originated in Rome as a way to stay warm and wipe away sweat. Over time, the scarf became a fashionable piece of clothing to wear around your neck, used both for warmth and to accessorize. The infinity scarf adds a customizable look to any outfit.

But who first made this miracle invention? There’s no definite answer. Oprah is one fantastic woman who made the design popular, but the designer has chosen to remain anonymous.

Other Kinds of Scarves

While I adore infinity scarves, I know that many of you love traditional scarves and come up with many ingenious ways to style and tie them. As evidenced by bloggers, YouTubers, and celebrities alike, these “others” can also serve as a great source of fall fashion inspiration—and Currently Crushing can walk you through them as well.

There are four main types of “other” scarves: squares, oblongs, wraps, and sarongs. Squares are typically smaller, and look good casually draped over the shoulders. Wraps are, in general, pretty long, and can even go into sweater territory; some wraps even come with sleeve holes.

Wrap scarves look great when worn in a similar style to square scarves, but they can also be worn as shawls. Wraps have proven themselves as fall fashion inspiration and have continued to be a popular accessory for the cold months. 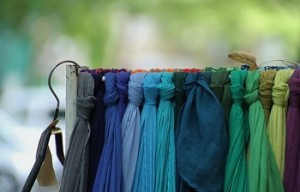 Oblongs are often made of a lightweight material, and do not always have straight edges—at times, oblongs can be cut with a curve or even ruffled. These scarves look great tied in a circle. Sarongs are typically used on the beach, but they can also come in scarf form. When used as beachwear or as a cover-up, give sarongs a loose tie at the waist for a laidback look.

This Week In Beauty

I’m a true beauty product nut and I try just about every new product out there in skincare, makeup and hair…